Teaching Our Kids About Bias with Jessica Nordell is Episode 126 of the Juna Moms Podcast. The Juna Moms Podcast is a weekly discussion where Juna Founder, Sarah Kuhn, talks to experts in their field so they can share their specific knowledge and make this Motherhood journey a little bit easier and a LOT less lonely!

In this episode, Sarah talks with Jessica Nordell, author, writer, and researcher who has spent the last 15 years researching bias.

Bias is a particular tendency, trend, inclination, feeling, or opinion, especially one that is
preconceived or unreasoned.
Bias may include unreasonably hostile feelings or opinions about a social group or particular group of people.

What is the origin of biases and how do they start?

Kids learn very early on which categories are salient in their particular culture.

They learn, for example, there are differences between boys and girls. Children learn the salience of racial categories through geographical segregation and many other ways in our society.

Over time, more children categorize and their brains start to realize members of each category. They start to see members of that category have things in common. This is normal brain function, however it can lead to stereotyping.

How does categorization lead to bias, stereotyping and prejudice?

A researcher named Kelly Bigler set out to answer this question and came to the conclusion that when category differences are emphasized, children will start to associate certain things with certain categories.

If the differences are not emphasized, the bias is less pronounced.

She cites an example where she split a classroom into two groups – yellow shirts and blue shirts. She found that even though there were no differences between the two groups, the children naturally gravitated toward the group with the shirt they matched the color of their own shirt.

One major way to help kid’s eliminate natural biases that may form is to expose them to many different culturally diverse groups at a young age. It’s important for them to know that there are many different categories of people, but within those categories there is a lot of natural diversity amongst its members.

There is a preschool in Stockholm, Sweden that attempted to remove gender bias. They set up video to capture the happenings of the day. They discovered the teachers were reinforcing gender bias more than the kids. They made some changes, including removing the phrase, “Good morning boys and girls” and changing it to, “good morning friends”.

They encouraged inward thinking, rather than outward thinking. For example, if a girl comes up to a teacher and says, “I got a new dress, do you like it?” The teacher would reply with, “Yes, is it comfortable? Can you run and play in that dress?” This encourages the child to think about the functionality of the dress for themselves, rather than what someone else might think about it.

Jessica also says we must teach our children to see one another.

To see each other fully as individuals and at the same time, recognize we belong to categories and groups in our society that give us certain experiences and have shaped us in real ways.

Women have certain things in common because we’re women and because society treats us as women. So we see it. So to see each other, as individuals, as group members and fellow humans who share an enormous amount just as humans.

For more on bias listen to the entire episode with Jessica.

Get In Touch With Jessica Nordell 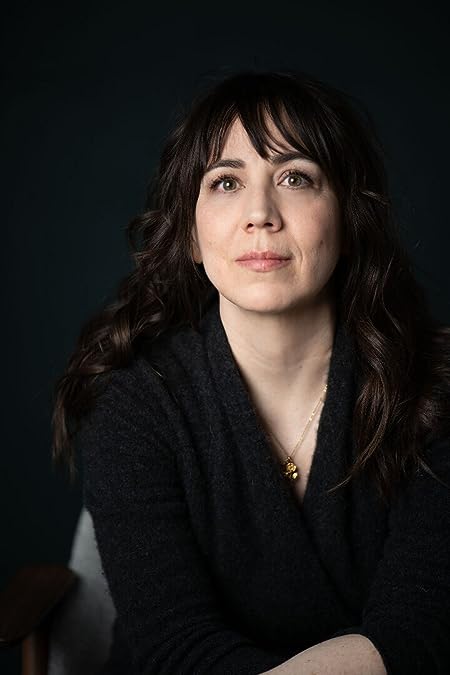 Jessica Nordell is an award-winning author, science writer, and speaker known for blending rigorous science with compassionate humanity. She was a 2022 keynote speaker at SXSW. Her first book, The End of Bias: A Beginning, shortlisted for the 2022 Columbia Journalism/Lukas Prize for Excellence in Nonfiction, the 2022 NYPL Bernstein Book Award for Excellence in Journalism, and the 2021 Royal Society Science Book Prize, is the culmination of fifteen years of reporting and writing on the subject of bias and discrimination and how to solve it, for publications including the New York Times, the Atlantic, and the New Republic. The End of Bias was named a Best Book of the Year by the World Economic Forum, Greater Good, AARP, and Inc and is currently being used by organizations from newsrooms and startups to universities, healthcare organizations, and faith communities to solve their biggest cultural challenges.

Deeply engaged with connecting across differences to expand and heal the human experience, Jessica’s own early-career experience with workplace bias inspired her passion for tackling discrimination and for seeing others in their full complexity and humanity. With degrees in physics from Harvard and poetry from the University of Wisconsin, Jessica undertakes pioneering collaborations across disciplines; her work with computer scientists to simulate the real-world impact of workplace bias became a 2021 viral NYT story. She is the recipient of a Gracie Award from American Women in Radio and Television and was named a Best New Poet by Tracy K. Smith. Jessica is a direct descendent of the last woman to be tried for witchcraft in the state of Massachusetts, and is an amateur rock drummer.

Get The App Moms are Calling “A Must For Pregnancy!”